The Asia Gallery’s wayang kulit, or shadow puppet theater, currently displayed in the Indonesia Gamelan exhibit has recently been updated for guests to experience the musical tradition in a new way. Originating at the palace of the royal Indonesian court and set to the sounds of the gamelan, wayang kulit has been delighting audiences for over 1,000 years. The art form is still entertaining and educating children of Central Java today with the shadows of puppets intricately carved out of leather, some adorned with gold leaf, and painted with patterns of bold colors. 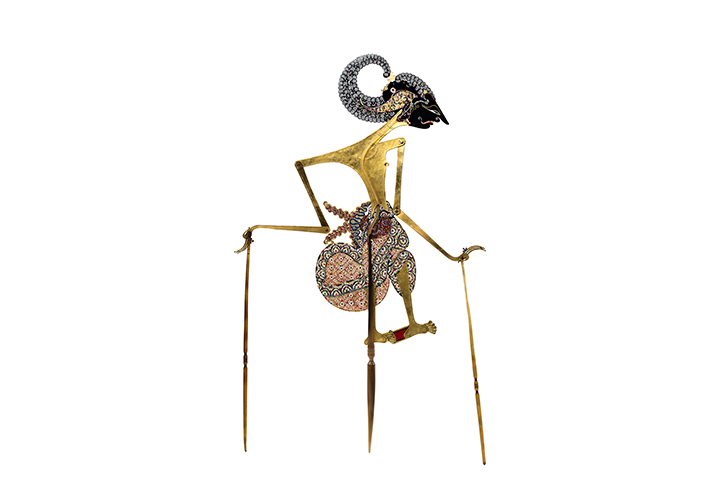 Mas Midiyanto, a celebrated gamelan artist and full-time faculty member at University of California, Berkeley, visited the museum to play the instruments and puppets in MIM’s collection. He condensed a nine-hour show into a short recorded performance that guests can now experience at the Indonesia Gamelan exhibit. While filming the performance in the MIM Music Theater, Midiyanto expressed his high regard for the exhibit: “I was surprised by the wayang kulit collection at this museum. . . . When I play these puppets, I can tell they belonged to a very active dalang [puppeteer]. Just amazing.” 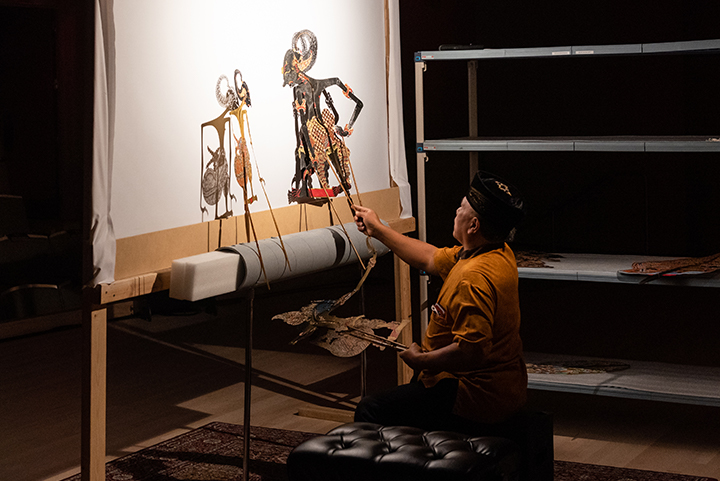 A mixture of Indian narrative influences and indigenous culture, wayang kulit presents the Javanese interpretation of two Hindu epics, Ramayana and Mahabharata, with animated puppetry on an illuminated screen. Complex tales of heroes and demons unfold through themes of love, spirituality, power, and chaos.

As the tradition evolves, new stories are constantly created by the dalang, veering from the traditional epics. Always drawing inspiration from the stories’ historical characters and plot, the dalang carries out all the narration, dialogue, singing, and manipulation of puppets. More than just an entertainer, the dalang is expected to bestow wisdom upon spectators through stories, whether they concern subjects like philosophy and the meaning of life or contain comic scenes of laughter. Though historically associated with the royal courts, these all-night-long displays of storytelling are enjoyed today during community ceremonies and events such as weddings and have even become a feature of political campaigns due to the tradition’s popular appeal.

Similar to opera’s live orchestra, gamelan music acts as an essential accompaniment to the wayang kulit, adding intensity to a fight scene or acting as a soundtrack to dialogue. This one-of-a-kind ensemble sets the mood with thick-keyed metallophones, rows of hanging gongs and kettle gongs, drums, and sometimes a bamboo flute, a zither, or a bowed spike lute. The dalang cues the musicians to start, stop, or change the accompaniment as the melodic character of the music shifts, allowing the audience to feel the progression of the performance throughout the evening, from the show’s start to the resounding resolution.