On November 12, MIM’s newest exhibition, Treasures: Legendary Musical Instruments, opened to the public in the Target Gallery, sharing the power of music across 6,000 years of history.

This exclusive exhibition celebrates some of the world’s most notable musical moments, performance traditions, and musical instrument developments. Reflecting MIM’s sustained acquisitions and partnership-building efforts with world-class museums for the past 10 years, Treasures showcases more than 20 loans and 60 of the finest instruments in MIM’s collection, each remarkable in beauty, craftsmanship, and cultural significance. 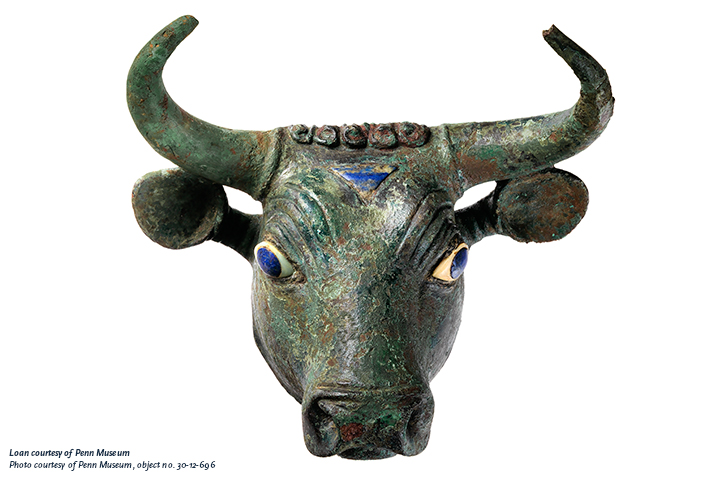 The oldest instrument in this exclusive exhibition dates back nearly 6,000 years to China’s Yangshao culture. This time in Chinese history is well known for the craftsmanship of ceramic creations, such as MIM’s ancient paigu. As the oldest object in MIM’s collection, the surviving Yangshao instrument witnessed the use of music in ancient ceremonies and the development of Chinese drum design. An equally formative time in history began approximately 4,500 years ago in ancient Mesopotamia. The famous Lyres of Ur, an archaeological collection of fragments from the world’s oldest stringed instruments, provide a glimpse into the cradle of civilization, indicating that music was highly developed and central to ceremonial activities at the time written human history began. The legendary culture of ancient Greece is also represented in MIM’s special exhibition. The ancient Olympic Games honored Zeus, king of the Greek gods, in competitive events including running, wrestling, chariot racing, and starting in 396 BCE (around 2,400 years ago), trumpeting contests to announce the festivities. Believed to be the only surviving ancient Greek trumpet, this salpinx made of 13 bone pieces and bronze joints was likely played during this time. 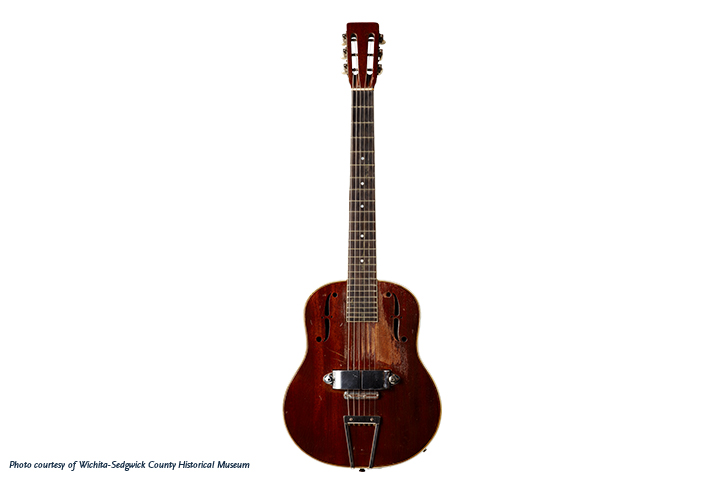 On the cusp of the twentieth century, the 1889 World’s Fair held in Paris marked a step toward modernization, most notably with the Eiffel Tower’s debut. Perfectly capturing this moment, the Erard piano’s innovative internal iron structure met with superb old-world craftsmanship of lavish wooden marquetry and gilded bronze, leaving the fair’s 28 million visitors in awe of Europe’s finest piano manufacturer. Forty-three years later in the United States, musical instrument development was revolutionized again with the first public appearance of the electric guitar. On October 30, 1932, Wichita bandleader Gage Brewer announced that he would perform with the world’s newest musical instrument. With a prototype electric guitar from the Ro-Pat-In company (now Rickenbacker) in hand, Brewer shared with his audience something they had never heard before.

Also representing iconic stories of contemporary music, Jimi Hendrix’s left-handed Acoustic Black Widow guitar joins the exhibition. Hendrix used this guitar, one of only three left-handed Black Widows ever produced by Acoustic, in October 1968 studio sessions, where he recorded such songs as “Look Over Yonder.”

Discover these pivotal musical moments along with other instruments that witnessed history at Treasures: Legendary Musical Instruments

An exhibition catalog for Treasures: Legendary Musical Instruments is available for purchase in the Museum Store or at theMIMstore.org for $9.95.
All purchases support MIM and its programs.